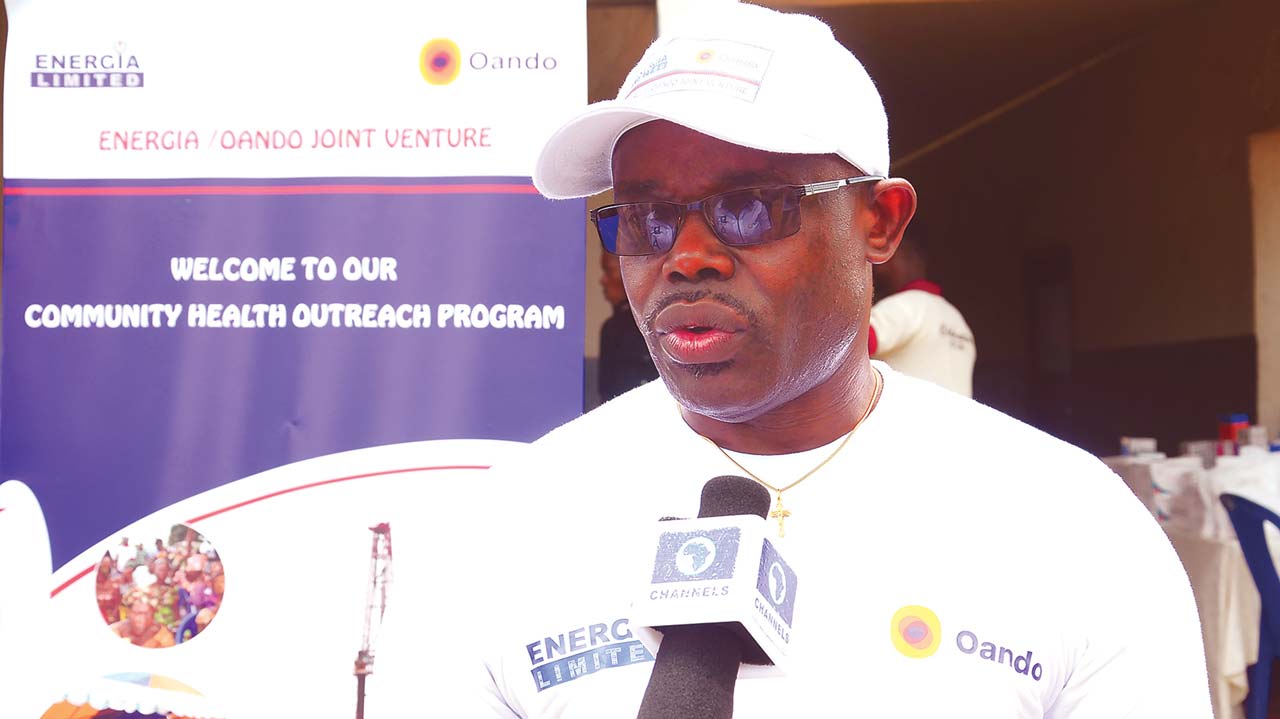 Following its Corporate Social Responsibilities (CSR) in terms of interventions in infrastructure development, education and health, which contribute to transformation of its host communities, the Delta State Government has urged other oil and gas exploration companies to emulate Energia/Oando Joint Venture in the implementation of what it described as progressive Memorandum of Understanding (MoU).

State Commissioner for Health, Dr. Emordi Ononye, gave the charge during the commencement of Energia/Oando JV’s three-day Community Medicare Outreach with the theme, ‘Health is Wealth.’

The outreach is aimed at achieving the World Health Organisation Sustainable Development Goals 3 (WHOSDG3), in providing access to basic healthcare to its communities.

“It is an indication that Energia/Oando JV is partnering with its host communities in pursuit of the WHOSDG3, which includes grassroots healthcare provision for all. The development tallies with the state government’s investment in the health sector like free maternal care, free care for all under-five year olds.

“It also agrees with government’s free HIV screening and treatment and the health contributory commission, where all civil servants registered to assess care free of charge. The state has even gone further to accommodate those from the informal sector to give residents a full complement of health all year round,” he stated.

Ononye, who was represented by the Chief Medical Director CMD), Central Hospital, Kwale, Dr. Gabriel Abanum, described the relationship between the company and Emu-Ebendo as a model to be emulated.

He also described the community as a well-organised community structured to engender peace for businesses to thrive, saying, “Any community that is not peaceful will embrace chaos, which will be detrimental to the development they should otherwise be enjoying.

“That has been demonstrated by the leadership of Ebendo– the Okpala-Uku, President-General and the Community Development Committee (CDC), who are all present here with the entire community to embrace this event.”

Speaking, Managing Director of Energia Limited, Leste Aihevba, noted that as responsible corporate citizens, keen on sustainable CSR and a with vested interest in the good of communities around it, had established MOU’s with all the communities, through which three per cent of its gross revenue is set aside for the development of host communities and managed by two trust boards comprising experienced professionals from the community, the government and the JV.

He added, “In furtherance of our support and commitment to our hosts and impacted communities, we will seek collaboration with the Delta State Government, the Niger Delta Development Commission (NDDC) and other NGOs for upgrading the Kwale Central Hospital into a fully functional referral hospital.

In that capacity, it will provide improved health care delivery services to communities in Ndokwa West Council Area and its environs, a situation that will reduce if not totally eliminate the stress of travelling to Warri, Asaba or Benin for medical care.”